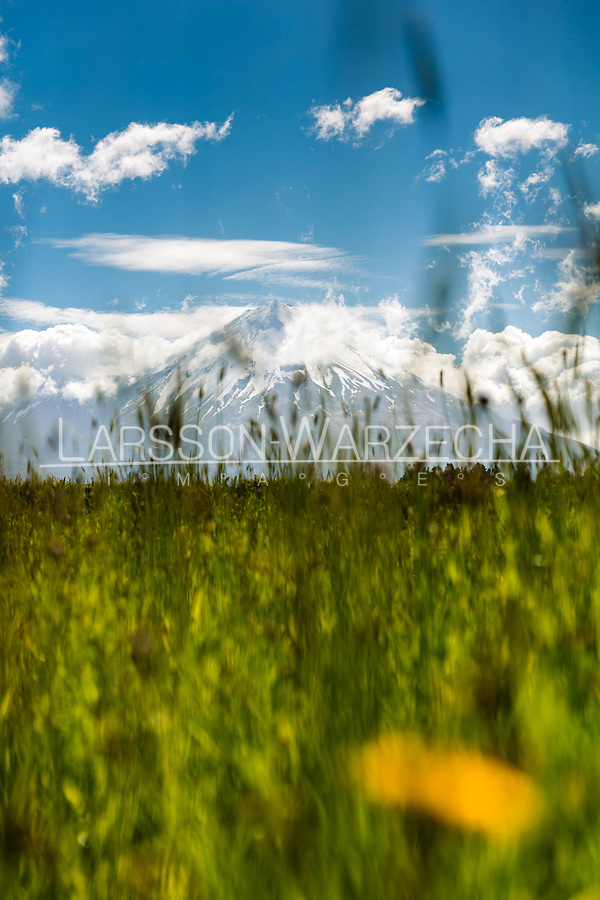 Mount Taranaki is a dormant stratovolcano in the Taranaki region on the west coast of New Zealand's North Island. Although the mountain is more commonly referred to as Taranaki, it has two official names under the alternative names policy of the New Zealand Geographic Board. The 2,518 metres (8,261 ft) mountain has a secondary cone, Fanthams Peak (Māori: Panitahi), 1,966 metres (6,450 ft), on its south side. Because of its resemblance to Mount Fuji, Taranaki provided the backdrop for the movie The Last Samurai. For many centuries the mountain was called Taranaki by Māori. The Māori word tara means mountain peak, and naki is thought to come from ngaki, meaning "shining", a reference to the snow-clad winter nature of the upper slopes. It was also named Pukehaupapa and Pukeonaki by iwi who lived in the region in ancient times.

Captain Cook named it Mount Egmont on 11 January 1770 after John Perceval, 2nd Earl of Egmont, a former First Lord of the Admiralty who had supported the concept of an oceanic search for Terra Australis Incognita. Cook described it as "of a prodigious height and its top cover'd with everlasting snow," surrounded by a "flat country ... which afforded a very good aspect, being clothed with wood and verdure". SOURCE - Wikipedia
All Rights Reserved.
Epic Trails, New Zealand, North Island